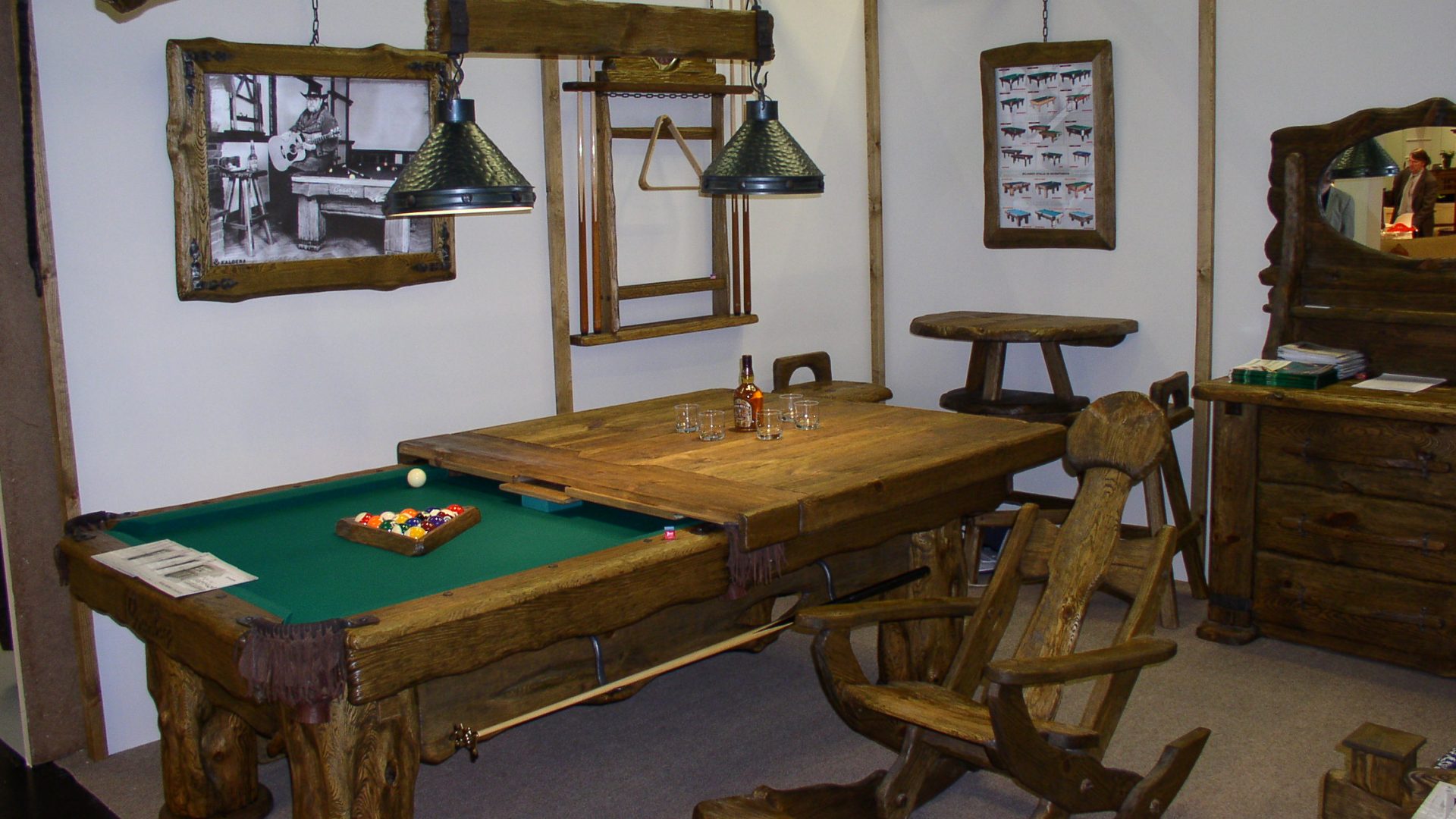 The question of the origin of the game of billiards is still unresolved, although most historians and researchers think that its homeland was Ancient China. It is thought that the first billiard table was imported to Europe from that country. Of course this is not the only theory; there are those who believe that billiards originated in India or Egypt. It is also known that in Ancient Germany there was a game similar to billiards called Balkespiel, while in England there was another call pall-mall. These games were mostly played outside, on courts of hardened earth, using smoothed off stones for balls.

By the 16th century billiard tables had made an appearance in Europe and the game had moved indoors.  Some historians attribute modern billiards to the English, others to the French. The first version is supported by an official document from 17 February 1578, in which the famous Mary Stuart writes that she wants her beloved billiard table placed in a certain room of her palace. The other version is not supported by any document, but it is known that the famous King Louis XI of France gave an order for a billiard table to be placed in his chambers. There are all sorts of theories about who were the first to play billiards. However, one thing is certain: the first billiard salon in Europe was created in the premises of the French royal family during the reign of Louis XIII and it has survived to our days. The billiard tables of those times were very different from those of today. The play area was smaller and they were equipped with low wickets of springy whalebone, through which, under the rules of the game at that time, the player had to propel a ball (made ​​of ivory) and a small figure of a king into one of the 10 specially made ​​pockets. The cues were nothing like those of today and and were more like thick clubs.

But by the end of the 16th century the billiard tables were already much like those of today. The pockets were made from netting and there were fewer of them. The surface of the table began to be covered with a textile and the edges of the playing area were padded with rubber. The clumsy clubs evolved into long, elegant cues.

Since then billiards have become quite fashionable and an on-going part of the upper classes’ daily life in both France and England. The first professional player was Chamillard. He often played billiards with King Louis and often deliberately lost several games in a row to him so that the King could call himself one of the best players in the world.

In the 17th century billiards became popular in Germany. The Germans were the first to establish a basic standard for billiard tables; namely, that the table’s width should be one-half of its length.

The classic style of Russian billiard table was created in 1850 by the famous manufacturer and player A. Freiberg. This six-pocket table eventually became the standard for Russian billiard tables. The official rules for playing billiards were formulated in 1674 in Lyon, France by Étien Loison, who was the first to demonstrate that billiards is a useful pastime not only for the mind, but also for the body.